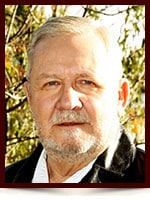 On Tuesday, March 1, 2016 Robert Payne of Edmonton passed away at the age of 69. He is lovingly missed by his mother Vera, son Rob (Kim), daughters Lindsay (Taylor), Sherry (Gary), Coralie (Vince), nine grandchildren as well as his five brothers and one sister. Robert was predeceased by his wife Vivian and father Fred.