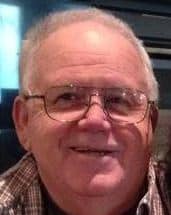 Robin's career was in hotel management spanning many provinces of Canada.

As Robin wished, cremation has taken place. No service will be held.