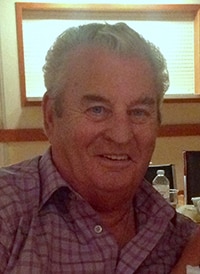 In Loving memory or Ronald Edger Galpin, husband, Father, grandfather, and best friend , who passed away suddenly on April 1st 2019.

Ron was predeceased by his Father Sidney Galpin, Mother Eileen, Brother Dennis Galpin and his sisters Sharon and Patricia as well as sisters in law Carol and Judy.

Other than family , Ron had a personality that attracted many life long and close friendships.