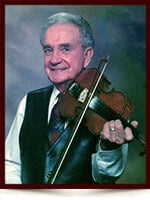 Born May 30, 1925, Plamondon, Alta, passed away August 18, 2017, after a brief battle with Leukemia at the University of Alberta Hospital in Edmonton, Alberta, lovingly surrounded by his family.

A Catholic funeral Mass will be held on August 25th, 2017 at 11:30 a.m. in his home town parish of St. Isidore’s Catholic Church in Plamondon, Alberta, with internment of his ashes immediately following at the Plamondon Cemetery. Cremation and memorial arrangements conducted by Trinity Funeral Home in Edmonton, Alberta.