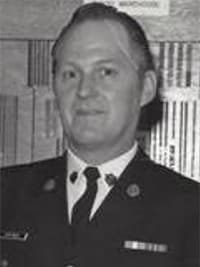 It is with mixed emotion that we announce the passing of Arnold Hipfner. We will miss him dearly but are relieved that he is no longer suffering. Like the brave soldier he was, he fought a gallant battle, never complaining, and passed away in his own home with his wife by his side.

Arnie proudly served his country as a Sergeant with the Canadian Armed Forces from 1956 – 1979. He later worked for Alberta Government Telephones/Telus and then DHL, until he retired in 2012. Some of Arnie’s colleagues became very dear friends and were a great support to him and Shirley through his long and difficult illness.

Arnie was a big hockey and football fan and also enjoyed camping, fishing, hunting, and travelling with family and friends. There wasn’t a crossword puzzle he couldn’t solve, a meal he didn’t savor, or a card/crib game he couldn’t win. He was handy with tools and always willing to help out. He upheld a quiet strength and dedication to family. Arnie will be profoundly missed by his wife to whom he was steadfastly devoted and committed.

In keeping with Arnie’s wishes, cremation has taken place and no memorial service will be held.

In lieu of flowers, donations can be made to:
Alzheimer’s Society of Alberta and Northwest Territories
308, 14925 – 111 Avenue
Edmonton, AB
T5M 2P6