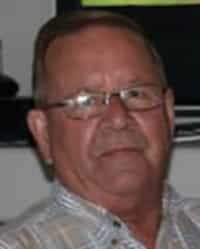 It is with heavy hearts we announce the passing of our dear husband, father, grandfather and great grandfather on June 28, 2019 at the age of 77 after a lengthy battle with pulmonary fibrosis at the Stony Plain hospital Stony Plain Alberta. He is survived by his loving wife of 53 years Shirley, two sons Darren(Norilyn), Brendan(Lori) grandsons Conner(Katie) Justin and granddaughter Brennah, two great grandsons Parker, Sawyer and great granddaughter Aspyn also numerous nephews nieces and in-laws.

Dale was born and raised in Lac du Bonnet, Manitoba, son of Gunnar
and Naima Frank who immigrated from Sweden in 1929. He was predeceased by his dad in 1969 mother in 1992 brothers Lennart in 1998 and Larry in 1985

In his younger years, Dale was employed at various jobs in Manitoba spending 11 years employed by Tanco at Bernic Lake before moving to Alberta as Carpenter Foreman for Alberta Government Forestry Services. He spent 25 years in charge of a large Forestry District in the Whitecourt area until his retirement in 2003.
If he wasn’t in his carpenter shop working and whistling he could be found at his desk doing the daily crossword puzzle. As a finishing carpenter he excelled in cabinetry, creating intricate designed desks, rocking/horses, chairs for the little ones

Dale’s passion was golfing which is how he spent his summers travelling western Canada and in the winter, parts of the USA playing different courses on family vacations. Being an avid hockey and football fan he never gave up on his “Habs” and “Riders” no matter how badly they played.

Cremation has taken place and as per Dale’s wishes, no funeral will be held. A private family burial will take place at a future date. Flowers gratefully declined, donations to favourite charity if so desired.

Dale’s passing has left a vacant place in our hearts. He will be forever remembered and sadly missed