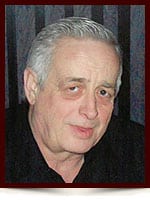 It is with great sadness the family of Dale Carleton Gavel, born December 27, 1951 announce his sudden passing on September 12, 2015

Dale was predeceased by his granddaughter Kherrington Faith; grandparents Willard and Mary Gavel and his mother-in-law Sylvia Trail.

There will be no service at this time as per Dale's request. Memorial Service and interment will be held in Canterbury, NB.