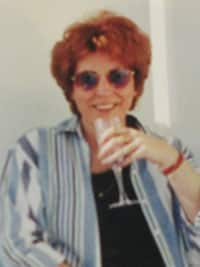 She leaves to mourn her husband Everett Hagan; sons: Duane and Michael; brothers: Albert and Edwin and sisters Verna and Pattie and there families. Also, Eve`s daughter-in-law Terri-Leigh (Duanes widow) and grandchildren Brandon and Jenessa.Everett`s family was also very close to Eve as they celebrated Birthdays, Christmas etc. together.

Eve was predeceased by an infant daughter Yvonne, adult son Duane and both her parents. As per her wishes she was cremated. Eve and Everett had a very happy and successful life together travelling and site seeing in numerous countries and interesting places. Souvenirs include numerous scrap books expertly completed by Eve.