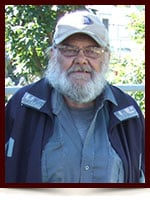 John was predeceased by his parents Francis John and Pauline Kay and two sisters Florence Betty and Joyce Lillian. Surviving are sisters Darlene (Steve) Szmata and Joan (Ross) Embree, as well as many nieces and nephews and two surviving Aunts Diane (Kelowna BC) and Margaret (Edmonton).

Memorial Donations in John's memory may be made directly to the charity of choice.