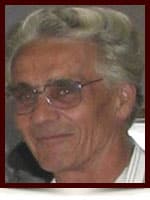 He was raised in St. Walburg along with his five brothers and two sisters.  Lavern made a living driving truck, farming and carpentry, all of which he enjoyed to do. When he wasn't working, he loved to travel, seeing a lot of the countryside with his family.  Lavern had great passions in life, such as hunting, fishing, animals, and the great outdoors. He took great pride in being a member and President of the St. Walburg Royal Canadian Legion.  When he did retire, Lavern was content to enjoy the peace and quiet of a small town. He was an avid reader and you would find him every morning on the deck with a coffee, a western paperback and his kitties.

At his request, no service will be held. The family wishes to express their deepest gratitude for the many kindnesses, prayers and sympathies extended during this time.