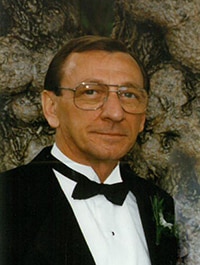 Bruce Tarnowski was born to Catherine and Peter Tarnowski in Camrose Alberta on March 7, 1947. He passed away peacefully on September 8, 2019 at the University of Alberta Hospital. He was 72 years old.

Bruce was fortunate to grow up with his five brothers and four sisters. Bruce married Helene (Theroux) on April 17, 1971, and they were blessed with their two children, Corey and Barbara. They left Edmonton and moved to Calgary in 1989. Bruce was a hard working man with a great sense of humor. His love of sports, particularly the Edmonton Oilers, was second to none. Bruce, Helene and Barbara moved back to Edmonton in 2016. Up until the Lord and Savior called him softly home, Bruce faced many challenges with his health. We hope you remember his beautiful smile, his kind heart, and his laughter.

We wish to thank everyone for comfort, support and
acts of kindness to Bruce at the University of
Alberta Hospital since March 7, 2019.