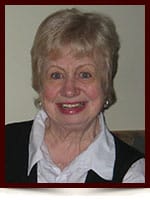 It is with a heavy heart that we announce the peaceful passing of Margaret O’Rawe of Edmonton (formerly Belfast) on January 26, 2016 after losing her battle with cancer at the age of 73.

Margaret will be remembered for her love of her family and devotion to the Catholic faith.

In lieu of flowers, donations are being accepted in Margaret’s name by Alberta Cancer Foundation - Cross Cancer Institute.