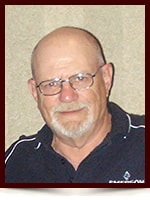 He is survived by his loving daughter Leslie; his two favourite people, grandchildren Teresa and Luca; his father Carlo (Ida); his brother Terry (Carol); three sisters: Mary (Steve), Laura (Jim) and Manella (Brian) as well as numerous nieces, nephews and many dear friends. He was predeceased by his mother Teresa and his sister Gabriella.