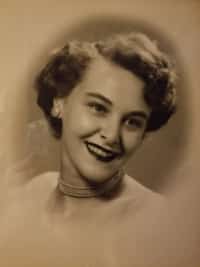 On Thursday, March 19th, 2020, Venita Jacqueline Perreault passed away peacefully in Edmonton, Alberta at the age of 83. Venita was born in Carleton County, Ottawa. She was first and foremost a devoted and loving mother and, later, a supervisor at Edmonton Telephones for 25 years.

Venita was predeceased by her husband of 55 years, Robert Leo Perreault (2011), son Bart

Memorial Donations
Memorial donations may be made in Ventia’s name to a charity of one’s choice.