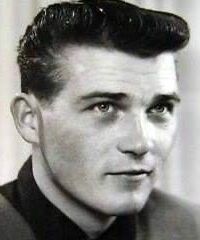 Wayne was predeceased by his parents Henry and Elizabeth (Annie) (née Gaebel), and his sister Alice.

For Wayne, Grande Cache was simply a place where he could build a beautiful home for Penny and the kids. He arrived as an underground coal miner in 1970, intending only to stay for a few months, but once he came up the hill and saw the stunning mountain scenery, he decided right there that he would never want to leave. While he did some hunting, fishing and camping in the early years, for the most part one could find Wayne in the garage working on a project or three. After retiring in 1999, his pastimes included carving goose eggs and spoiling his grandchildren and great-grandchildren.

As per Wayne's wishes, there will be no traditional funeral service, but an online memorial will be established and shared with everyone soon.

In lieu of flowers, please consider a donation to the Salvation Army, an organization that Wayne benefited from as a young man and supported throughout his entire life. https://salvationarmy.ca/donations/donate-online/