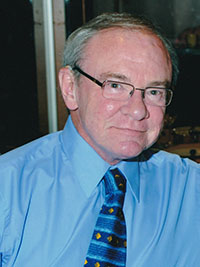 It is with great sadness that we announce the peaceful passing of William “Bill” Morrison on April 9, 2021 at the age of 68. He was surrounded by the love of his family. Bill leaves to grieve his passing and honour his memory; wife Mary, sons Scott (Jill), Kevin (Jennifer), grandchildren Kaylee, Lucas, and Alyssa, sister Mary, along with numerous extended family. He was predeceased by his daughter Keltie, and parents Joyce and “Moe” Morrison.

Born and raised in a loving family in Edmonton, Bill attained success in his passion to become an automotive mechanic. His strong work ethic and leadership proved successful and Bill was promoted to service manager, where he further positively influenced the lives of many. He loved his work, but he was a home body; he enjoyed simple things, puttering around the house, tinkering in the garage, spending time with family, camping and family vacations. He was always willing to take on any project and lend a helping hand.

He was not one to complain and always made the most of his circumstances, defying limitations to acquire independence. He will be remembered for his strength, courage, and positive attitude.

Bill will be honoured in a private service. If desired, donations can be made to the Brain Care Centre.